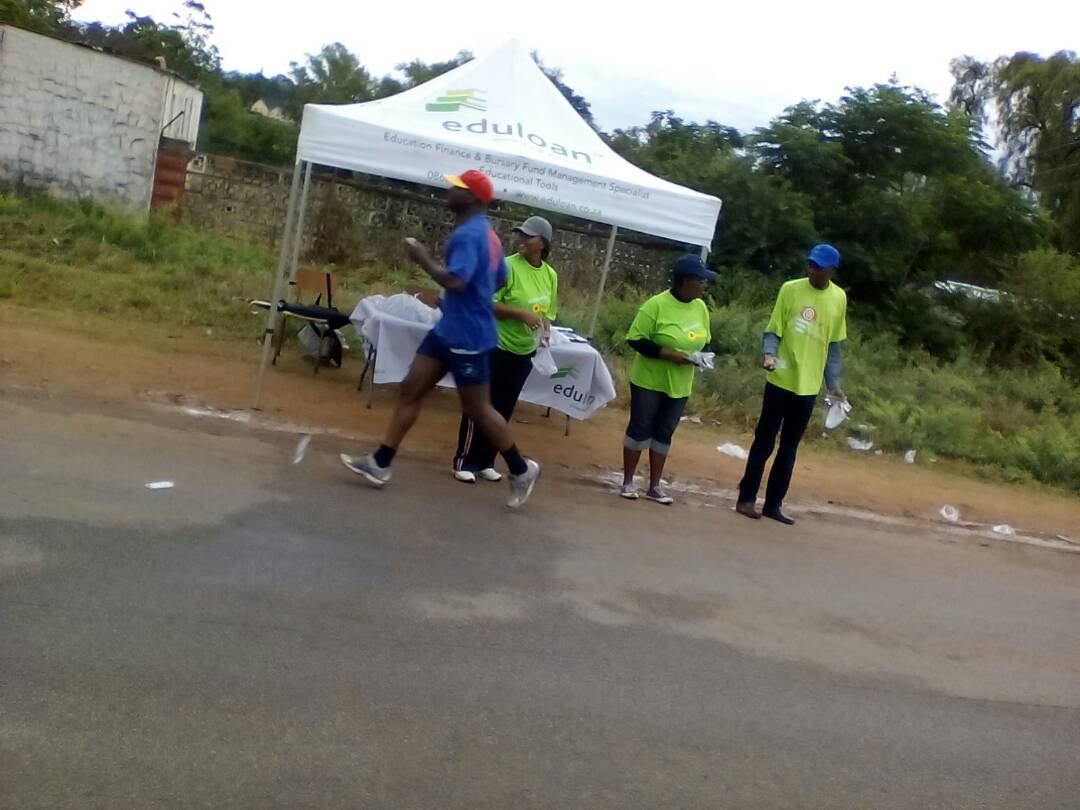 The Rotary Club of Belmont organized the Hope fountain 30km charity run together with the 7.5km fun walk to the Hillside Dams on the 12th of November 2017, as a fundraiser for various needy charities in the city. As usual, runners started the race on the set day at 6a.m from the Anniversary Fountain on Leopold Takawira Street and followed usual Hope Fountain route to finish off at the Hillside Dams. This is an annual Club project in which other Rotary Clubs in Bulawayo are invited to assist in a fundraising venture whose proceeds go to charity. The Club also calls the Cooperate World to participate in this noble cause through either direct participation in the race via their own or through sponsorship and facilitation for the race. EDULOAN won 2nd prize and 2nd Best water point.